U is for Upstanders 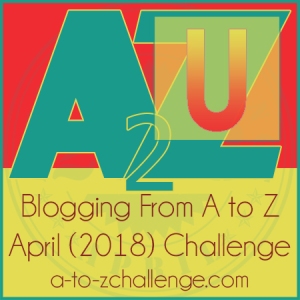 Part of my job as instructional technology resource teacher is to do technology safety lessons for students in grades 3 – 8 in order to meet our state mandate. For the most part, I really enjoy putting these lessons together, and I especially appreciate when the teachers let me come in and teach the lessons myself. In my current role, I don’t have my own class of kids, and that is one thing I miss about a traditional teaching role. So it is fun for me when I get to come be the teacher for a while!

These technology safety lessons are important. Ever since I started using social media myself and I saw firsthand the way some kids behaved online, I decided that teaching tech safety should be something that happened, and happened young before bad habits get formed. I can remember thinking that it would be something I cover less and less once the newness of social media wore off, but how wrong I was! Instead, bad behavior online has just gotten more common, more vicious, and more acceptable. And that is not okay when it comes to kids.

I teach cyberbullying lessons starting in grade 3 — stop and think about that for a minute. Kids the ages of 8 and 9 need to know what cyberbullying is and what to do about it. That’s some messed up stuff right there.

Most schools have anti-bullying initiatives, and cyberbullying goes hand in hand — after all, almost all typical bullying behaviors can also do be done electronically, thus becoming a subclass of bullying — cyberbullying. In most schools, the anti-bullying programs either focus on trying to get bullies to recognize and stop their behavior, or empowering victims to stand up for themselves to be victims no more. These programs are fine, but I think they approach bullying the wrong way. I think it is too hard to make bullies see themselves as bullies, and I think it puts too much burden on victims to make the bullying stop.

Instead, I’d rather see schools focus on upstanders. See, in any typical bullying (or cyberbullying) situation, there are 3 players: the bully, the victim, and the bystanders. They are the ones who see the bullying happen, and there are almost always way more bystanders than there are bullies or victims in any given bullying situation. I think we need to harness the power of numbers and turn those bystanders — who watch the bullying happen and do nothing about it — into upstanders — who stand up to the bullies to show them their behavior is not cool, not acceptable, not tolerated, and not going to continue. I believe that if schools purposefully created a culture where students felt strong enough to be able to stand up for the kids who are victimized, we might see bullying incidents decrease, and maybe that would even carry over to the internet where people would not tolerate the viciousness they see online. If adults in school, at home, and in society would just model for all the kids in the world what it looks like to be an upstander, maybe kids would emulate that and we could live in a more kind world both online and offline.

I have opinions and I have passions and I like to write.
View all posts by renbog →
This entry was posted in Blogging A to Z, Education, Social Issues, Uncategorized and tagged bullying, bystanders, cyberbullying, upstanders. Bookmark the permalink.

2 Responses to U is for Upstanders