Blogging A to Z — Honesty 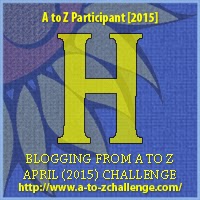 I struggled with what to write about for letter H in the Blogging A to Z challenge, but I finally settled on honesty.

It is common to hear, “Honesty is the best policy.” But I contend that it is not. Too often, honesty is used to hurt people, and the person being honest likes to use that honesty as a shield for being hurtful. There’s a line in Taylor Swift’s song “All too Well” where she says, “You call me up again just to break me like a promise/So casually cruel in the name of being honest.” That’s how honesty is often used — casually cruel in the name of being honest. I see it when I indulge in my guilty pleasure of watching “Say Yes to the Dress”. Brides bring friends and family with them and their companions are brutally and cruelly honest, to the point of making attacks on character and appearance all because of the bride’s choice of wedding dress.

As a teacher, students will often ask me questions that would never elicit an honest answer from me. Once a student asked me to read a story she had written. When she asked me if I liked it, did I answer honestly? Nope. I didn’t like the story. It was boring. But I found a way to answer her by saying I liked the way she developed her main character and I pointed out passages she wrote well.

My husband and I made a promise to each other many years ago that if we ever cheated on each other, we would never tell the other person. That kind of honesty doesn’t help a marriage — it hurts it. A confession like that only alleviates the guilty conscience of the cheater while destroying the other person. What purpose does honesty serve when all it results in is destruction?

I believe people need to be selective in their honesty. Your audience, the occasions, and the purpose all play a role in determining what you should say and how you should say it. Sometimes a partial truth or a flat-out lie will spare those around you as well as yourself unnecessary heartache.

3 Responses to Blogging A to Z — Honesty